Bats: Terror of the Night, or Omen of Good Luck? 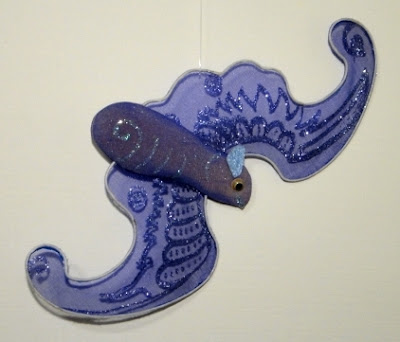 With its gauzy blue wings and glittery details, the above Chinese bat is perhaps the most delicate and pretty one that I have seen. Since Halloween is coming up, with its frightening images of attacking vampire bats, I thought this would be a good time to compare Eastern and Western bats.

This bat, with its matted fur, sharp fangs, and glowing red eyes, shows the Halloween bat at its fearsome worst. However, even Western scientific treatises manage to capture the most menacing and unfriendly aspect of bats, as in this hand-colored engraving from a natural history text of 1840:

In Chinese culture, bats have a positive symbolism, and are considered to bring good luck, because the Chinese word for bat (fu,蝠) resembles the one for luck (fu,福) and is also written similarly. Here are a couple of  good-luck bats that are meant to be hung in the home, one in wood, and the other in gilt bronze. (Neither of these is very old; in future posts, I plan to examine how bats were incorporated into antique and vintage items.)

If these outlines of Chinese bats are starting to look familiar, that is because bat-shaped hardware was borrowed by the heavily Chinese-influenced furniture designer Thomas Chippendale. Once you see this connection, a lot of Chinese-inspired scroll-work will resolve itself into bat-forms. Here are a couple of bonnet-top high chests from the Boston Museum of Fine Arts which incorporate Chinese Chippendale drawer-pulls and other brasses.

Bats are truly ubiquitous here in Taiwan. They are found in good-luck charms, jewelry, home furnishings, stationery—just about anywhere. Taking a look around my apartment, I noticed a bat motif in the tile floor of the balcony, which has a repeating design of four bats facing inward in a circle: 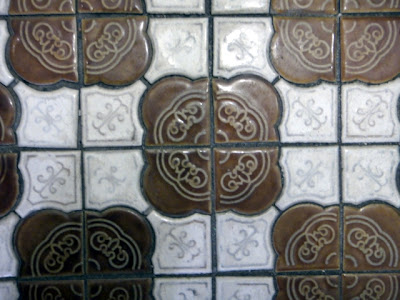 Here is an especially festive and friendly bat that adds an additional good-luck element to a New Year’s decorative firecracker. 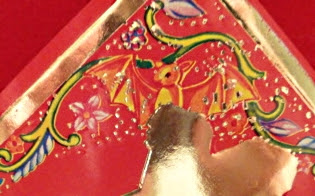 So now that you have compared both types, which bats do you prefer:  auspicious, friendly, attractive Chinese ones, or dreadful, unlucky, ominous Western ones?